SALT
You Are Viewing

Observing the habits of Moscow subway and commuter trains passengers has become commonplace, because there is a need to somehow designate the leisure-time of the majority of Moscow and Moscow region population, to identify the target audience and to assess the advertising potential. However it’s a tough task to find articles on such passengers’ habits, that’s why I would like to ellaborate briefly upon this subject. I’ll start with a general description of these two target audiences, then i’m going to specify the fundamental differences between them. 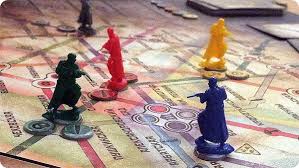 The most popular pastime in train are of course applications in electronic devices, such as different apps, games, movies or books. That’s why i tried to pay special attention to those people who are stuck to their displays. For example, Ebooks fall into disfavour among both passengers of subway and of suburban trains in Moscow. Classical printed books represent some kind of a nostalgic form of reading for the older generation and a trend of traditionality for the youth.

On the grounds of personal observations and professional researches by appstores, there are 4 most popular among passengers types of games: “match 3”, logic games, runners and strategics. When not playing games, users mainly use apps for watching videos or reading books. I won’t dwell upon each type of popular applications, there are countless articles about them on the Internet.

So what’s the fundamental difference between the passengers in subway and in suburban trains?

The first one – the suburban train audience is more “conservative”. It is caused by several reasons: the audience is comparatively older and prefers classical printed type of “entertainments”, for example books or newspapers, often different crosswords, so to speak forefathers of modern logic apps. Their conservatism is also conditioned by the fact that this audience is less solvent. That’s why you can see push-button phones in suburban trains more often, as well as the simplest smartphones, allowing to play only two types of games that do not have high technical requirements, namely “match 3” and logic games.

People are willing to make the most of the time spent with mobile devices. What if we give them this opportunity?